AMD is a disease which affects the macula which is the part of the retina responsible for 90% of our functional vision. AMD usually affects individuals older than 55 years of age and causes blurring of the central vision which is required for activities such as reading and driving. AMD can be divided into 2 broad categories – dry and wet AMD. 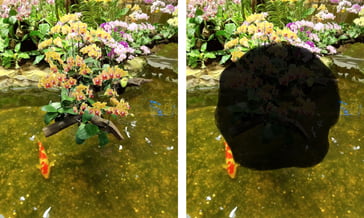 The dry form of AMD is usually more slowly progressive and affects approximately 90% of individuals with AMD. There is a gradual degeneration and loss of cells in the macula resulting in blurring of central vision. The most common sign of dry AMD is the presence of drusen, which are yellowish deposits under the retina. Dry AMD can range from mild to intermediate to advance depending on the extent of cell loss and the amount of drusen present. The more advanced the stage of AMD, the more significant the central visual loss. 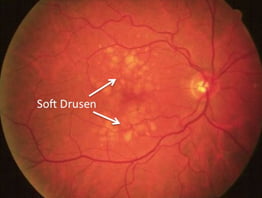 The wet form of AMD affects only 10% of individuals with AMD but is responsible for the majority of visual loss in this disease. There is a growth of a network of abnormal blood vessels under the retina and when these bleed, there is a sudden loss of central vision. The blood does eventually get reabsorbed but leaving behind permanent scarring and irreversible central vision loss.

A subset of wet AMD known as Polypoidal Choroidal Vasculopathy(PCV) seems to be more common in our Asian population. There is also bleeding from abnormal vessels under the retina but in this case, the vessels can be found in clusters or ‘polyps’.

Both these types of AMD often co-exist. Patients who have wet AMD will invariably have signs of dry AMD as well. However, patients with dry AMD do not always progress to develop the wet form of the disease and there is no way of telling which patients will progress and which would not. 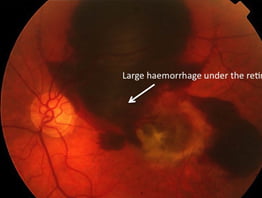 HOW TO DETECT AMD?

AMD only affects the central vision, hence, symptoms of disease can range from mild central blurring to distortion of images or a complete ‘blind spot’ in the centre of vision.

An effective way of detecting AMD is through regular eye checkups with your ophthalmologist particularly if there are associated risk factors. There are also sophisticated investigations which can be carried out to evaluate the extent of disease involvement and these tests include Fundus angiography where a dye is injected into a vein in the arm, and photographs of the retina are taken as the dye is carried in the blood stream to the eye. Another very detailed scan of the eye called Optical Coherent Tomography can be done as well. 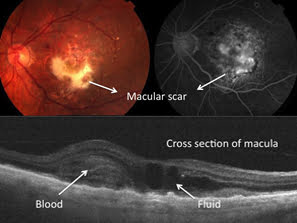 Dry AMD – In advanced dry AMD, there is currently no form of treatment which can prevent visual loss. However, in the earlier forms of dry AMD, there is strong evidence that taking a oral formulation of anti-oxidants and zinc can reduce the risk of progression to advanced AMD.

Wet AMD – In the past, treatments available could only slow down the process of visual loss in this disease. These treatments included laser surgery and photodynamic therapy. More recently, there have been a development of a new group of drugs for injection into the eye. These group of drugs are known as anti-VEGF agents (Vascular Endothelial Growth Factor). From large clinical trials, it has been shown that this growth factor is in abundance in wet AMD, and regular injections of anti-VEGF agents can prevent significant visual loss in the majority of patients and even improve vision in up to a third of them. 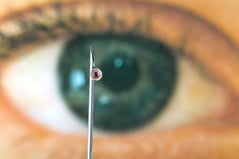 WHAT EXACTLY IS AN INTRAVITREAL INJECTION?

Gruesome as it may sound, this does involve “sticking a needle” into the eye and releasing specific drugs into the vitreous cavity. However, it does not hurt as much as most people think and it literally takes seconds to perform. It is used for the treatment of a variety of eye diseases but in recent years, it has revolutionized the management of AMD and has a significant impact not just on affected patients but also on retinal surgeons’ lives!!

The rise of intravitreal injections started in 2004 when intravitreal Macugen was first used in the management of AMD. This drug was developed to inhibit vascular endothelial growth factor (VEGF) which is a growth factor involved in the development of blood vessels. This had modest effect on the disease but the following year when Avastin (another inhibitor of VEGF) was first used to treat AMD, the revolution truly took off!

The impact of this ‘revolution’ extended beyond its positive effects on patients but also the increased workload for retinal surgeons as these injections had to be given every month in order to maintain its efficacy. There were also far reaching consequences for healthcare services in some countries as reimbursement for this very expensive drug burned very large holes in the healthcare budget!